I half-expected to see Big Foot or at least some giant bug appear behind one of the ancient, giant trees. Everything was so huge. I felt so small. 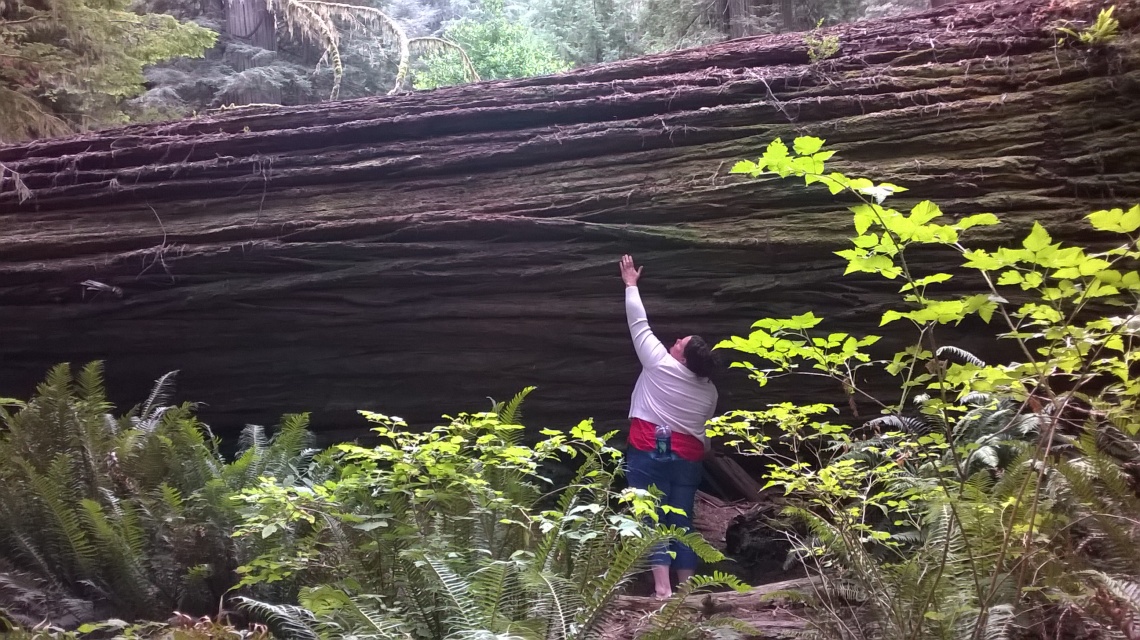 Coddiwompler. “One who travels in a purposeful manner toward a vague destination.”   Love that word. It made me think of my recent trip to California and the stroll along Walker Road near the Jedidiah Smith State Park.

The scenery is breath-taking. The Redwoods are enormous along with everything else.  The plan was to go around the path which looped back to the car. We had a purposeful manner – but I had never been on this path before. As we walked and talked, we went deeper and deeper into the forest, amazed by all the beautiful foliage. After close to an hour of walking, we began to see sights that we’d seen before.

“Haven’t we seen that tree before?” I asked her. 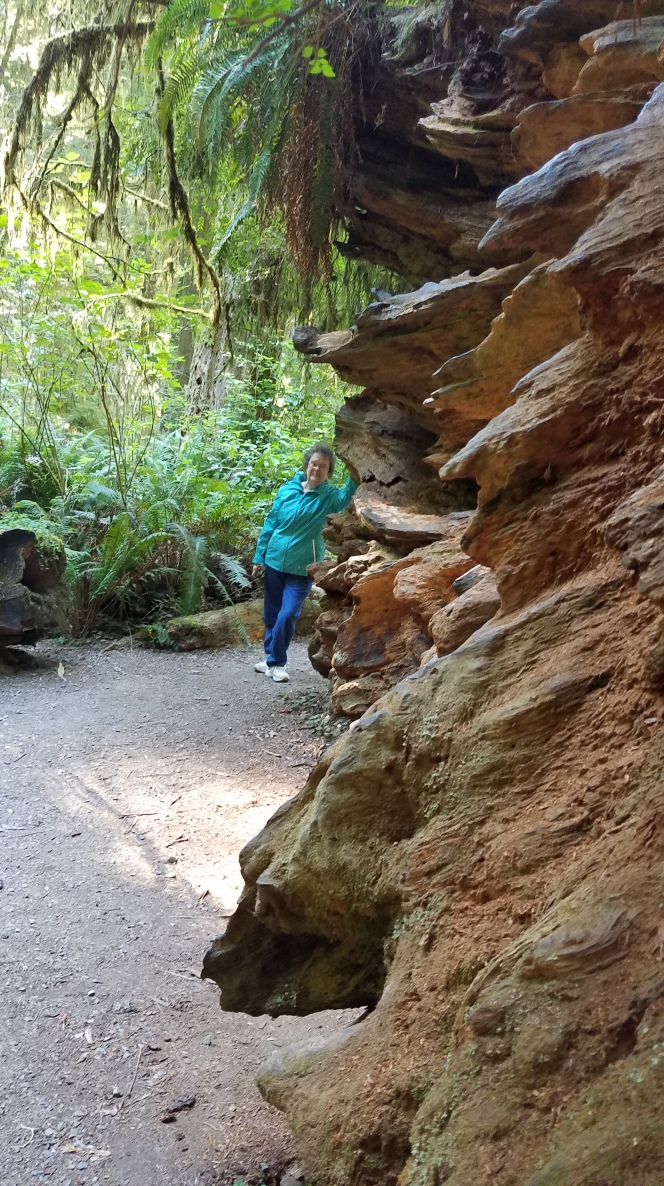 We walked a few minutes farther. “Yep. Seen that one too.” 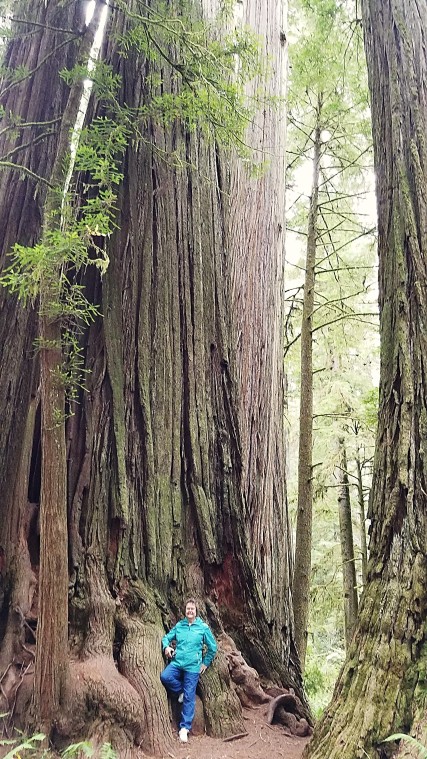 Well now, we weren’t really lost. The loop had to go back to the parking area eventually; there were just too many turnoffs and side paths.

Which way was back? We had a vague destination in mind, and we were definitely coddiwompling to get there. Eventually (two hours later?) we saw a parked truck which made me think of a Jurassic Park scene. At least we were headed the right way. 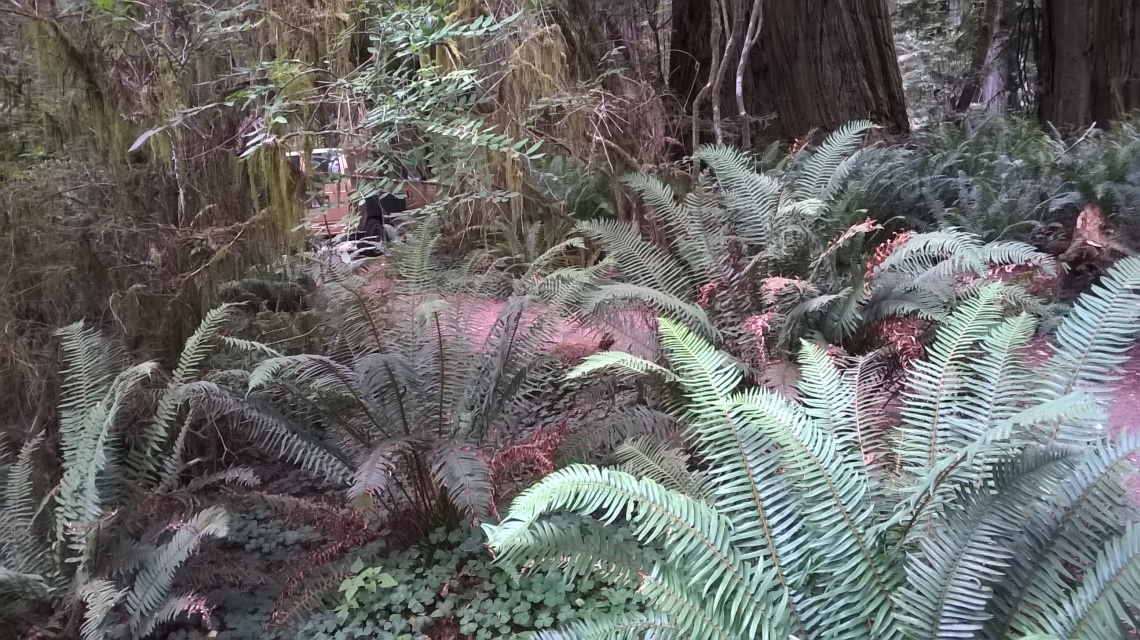 I would guess there’s a bit of coddiwompler in all of us.We think we have a destination in mind, but it may be a little vague and unsure.  Life is like that too, isn’t it?

I guess I’d rather be purposeful with my steps toward a definite destination in mind. Wouldn’t you?

C.A. Simonson is a freelance writer and author of six novels and five nonfiction books. Her award-winning short stories have appeared in seven anthologies. Close to 800 informational articles, human interest stories, content pieces, and DIY articles have been published in national print and online magazines, periodicals, and newsletters. Her books are available in paperback, digital, and audio format on Amazon, KOBO, iTunes, Barnes and Noble, and audible.com or at casimonson.com. With her love of writing and skills as a former IT help desk/trainer, she assists other aspiring authors with editing, formatting, and self-publication. C.A. Simonson lives in the Ozarks of Missouri. View all posts by C.A. Simonson