Romantic. Fun. Scary. Comical. Creepy. Every genre from science fiction to romance, mystery and horror to cute animal tales, you will find a story to your liking. READ FOR FREE if you have Kindle Unlimited, or get your digital or print copy to read anytime, anywhere.

Last year, a challenge was given. Over forty talented authors worldwide responded in writing a 26-sentence story from A-Z or Z-A. The result – 58 flash fiction stories in every genre compiled into one book, A Quick Read.  Read excerpts from a few wonderful  stories…

Gently I took her in my arms and pulled her close. “For now, at this moment, it’s just you and me.”Exquisitely her delectable lips parted with invitation. “Don’t speak.” Carrying my prize to a nearby grassy knoll beside a gurgling river, we sat together as one. Before I knew what was happening we’d been caught up in our passion. From “First Love”  – (Indianapolis, IN)

Gravity took hold and before she knew it she was tumbling further down the cliffside. Had she known what this night would bring, she would have stayed home in the comfort of life. It was her own driven actions that brought her to this time, this place. Just as all her actions before this carried her down the path of life in a clumsy manner of which she acted first. From “The Cliff” – (Binghamton, NY)

Opening the door into the hall, the rush of air fanned the flames behind him. Pulling the door shut with great difficulty and coughing wildly, he forced himself up the stairs. Quickly, he found the boy’s bedroom door and flung it open. Reaching down for the child’s bed in the gloom, to his dismay, he found it empty. From “Rescue” – (Gloucester, UK)

Knots in my stomach grew tighter as I realized there was something else in the box, underneath that kerchief. Lying there was a yellowed postcard which bore a faded stamp. My heart pounded as I picked it up, as if I were touching something sacred- I, an intruder upon a tryst.“Never doubt the unbreakable bond we have created, my precious one, as even death cannot do us part; I shall watch you from among the blue azalea blossoms, where you once stole my heart,” read the note, in handwriting I had never seen before. From “Blue Azaleas” – (Bethlehem, PA)

Allegedly, I couldn’t hear anything anymore, so why was it I was still aware of that metronomic, monotonous sound? Beep, beep, beep. Chances were I could still come around, but how could I tell them when, try as I might, my body refused to comply?  From “Vital Signs” – (Buckinghamshire, UK)

“No one leaves,” Victor screamed as he punched her pretty face raw. “MY girls will never leave me,” he smirked wryly, “after all, we are family – right, my pretty?” Like family, she bristled…From “Inside Ballerina” – (Springfield, MO)

Flickering pinpoints of light reflected from a dozen eyes in the beam of light.

Growing bolder in the darkness, they were getting closer. Holding the flashlight steady, I described an arc across the track, keeping it level with the eyes. In that instant, they stopped. Just as I prepared to run, the eyes disappeared.   From “A Walk in the Wild” – (New South Wales, Australia)

As darkness spread across the room, I shuddered. Bad vibes issued from the floor under my bed. Could Aunt Faye be right? “Events have been known to happen,” she declared. Fear gripped me. Good grief! Had I stumbled into some weird fairy tale? I refused to sleep in THAT room… From “Sell the House” – (Sunriver, OR)

“Kid, watch where you’re putting them bloody feet! Lollygagging around like you own this alley! Minding nothin’ and no one but yourself!” scowled someone on the ground, but Ximran couldn’t see him.No escaping this, he thought to himself. From “Mystery Man in the Alley” – (London, England) 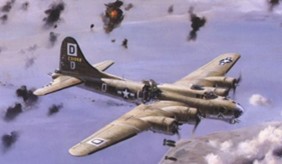 Pop-pop-popping sounds suddenly pierced the moment overpowering the drone of the mighty engines while searing hot lead began penetrating the fuselage, ricocheting through the cockpit. Quiet turned into horror as the instrument panels began smoking and a blast of cold air tore through the co-pilot’s window now splattered with brain matter. From “First Flight” – (Galena, MO)

Gathering up his energy now that he was awake, Taylor inched his hand toward the ignition, trying not to disturb Mother’s sleep as, with knotted stomach, he pivoted from the road allowance and eased back onto the TransCanada Highway. However, his hopes for a peaceful journey were slashed. From “Pinned Down” -(Alberta, Ontario, Canada)

After a sleepless night, I stumbled to the kitchen for a cup of coffee. Bouts of sleeplessness were the least of my concerns this morning, however. Could she really just walk out the door and change our lives forever? From “She’s Leaving Me” – (Grand Rapids, MI)

The Cape was a perfect place for adventure, with the forest on both sides and bay far below at the foot of the hills. Soon we reached there – foaming surf, tides ripping mossed boulders and… I had become dumb. Ridges extended on the south of the bay on the horizon, ochrous and awesome. From “First Hike at the Cape” – (Nellore, India)

Always a stickler for the truth she was. Brenda’s mind bent in turmoil. Crime was on the rise. “Darn lawbreakers,” she thought. Ever since she read Crime Incorporated, a novel, she was hooked. First things first, she felt. From “Sleuth” -(Ontario, Canada)

Xeno-meat isn’t the best meal…still, our many hungry mouths found joy in every crispy, greasy morsel, even the parts where the smell of their singed alien hair still lingered.  From “Xeno Hunt” – (Stockton, CA)

A Quick Read is a small 5×8 pocket-sized book you can pack in your bag or briefcase and read a quick story while you’re waiting in line, riding a commute, or have a few moments of leisure. Full of quick flash fiction. Interested? Get your copy from Amazon.com. READ FREE  if you have Kindle Unlimited!

C.A. Simonson is a freelance writer and author of five novels and five nonfiction books. Her award-winning short stories have appeared in seven anthologies. Close to 800 informational articles, human interest stories, content pieces, and DIY articles have been published in national print and online magazines, periodicals, and newsletters. Her books are available in paperback, digital, and audio format on Amazon, KOBO, iTunes, Barnes and Noble, and audible.com or at casimonson.com. With her love of writing and skills as a former IT help desk/trainer, she assists other aspiring authors with editing, formatting, and self-publication. C.A. Simonson lives in the Ozarks of Missouri. View all posts by C.A. Simonson